Stop the Bullying in Medical School 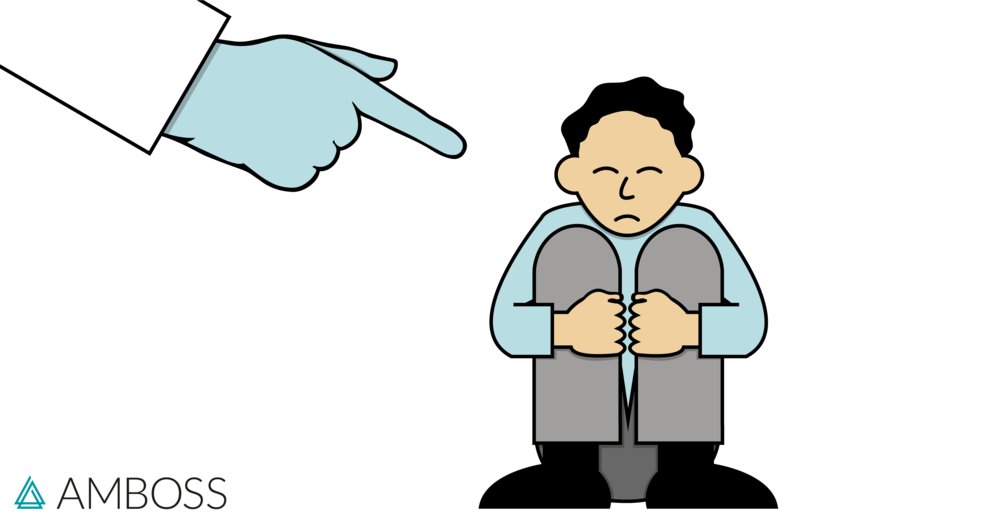 Prepare yourself to face any condition – from being pimped by your attending to deepening your fund of knowledge – we've got you covered.

Becoming a doctor requires more than countless hours on the wards, an endless amount of standardized exams and years spent in training. For the most part, this involves a huge number of positives: lifelong friendships with classmates and colleagues and memorable interactions with patients. Unfortunately, for some medical students, verbal and physical harassment by peers and superiors is part of this process too.

Bullying in medical school was first noted in a 1990 study, which claimed that 85 percent of medical students felt they had been mistreated during their third year. Survey participants described treatment ranging from being told they were “worthless” to being threatened with bad grades or a ruined career. Many of the participants reported they were hit, pushed or made the target of a thrown medical apparatus.

What transpired after this shocking publication was the implementation of nationwide anti-harassment policies. One early adopter was the David Geffen School of Medicine at the University of California, Los Angeles (U.C.L.A.). In 1995, U.C.L.A. educators established a Gender and Power Abuse Committee, mandated lectures, workshops and training sessions, and created an office to investigate and address allegations of mistreatment. To gauge the effectiveness, ambassadors of the program began surveying medical students at the end of their third year to determine whether they had been mistreated during rotations.

For the past 13 years, U.C.L.A. has published their results in the Journal of the Association of American Medical Colleges. While there has been a slight drop in the number of medical students reporting mistreatment during their third year, more than half of all participants surveyed state that they have been physically or verbally harassed at some point during rotations.

U.C.L.A. is not an isolated case. The results of national medical education surveys indicate that mistreatment is not indicative of just one institution, but entrenched within the culture of medical training itself. Joyce M. Fried, assistant dean and chairwoman of the Gender and Power Abuse Committee at U.C.L.A., claims that “this is a national problem that encompasses faculty and doctors-in-training coming from all over, including schools where some of them might have been mistreated.”

So, what can we, as medical educators and students, do to significantly reduce mistreatment? Fried suggests that “changing a culture requires a national level of commitment, where medical schools work together on the issue and share training programs, common mistreatment policies and greater transparency than what currently exists in medical schools.”

However, it is easier said than done to shun bad behavior, especially since bullies tend to have a ripple effect. Their behavior is often mimicked by others, until an entrenched culture is created. According to Ilana Yurkiewicz, a resident at Stanford Health Care (SHC), who had a front row seat to bullying while a student, “prioritizing respectful behavior by evaluating and promoting trainees on honest communication and keeping their egos in check cultivates good behavior from the start. Cultures only change when the people within them commit to change.” By creating a culture that shames bullying, we make the recipient look stronger and the bully look weaker, an outcome necessary for change.

Know the Chain of Command for Reporting

It is equally important to report mistreatment. For Ilana, individuals should “report physical abuse and bullying, even if done anonymously.” She uses the word ‘anonymously’ because the “unfortunate fact is there still may be repercussions for your career, otherwise. But, if you speak up, you may help many others, as most offenders are serial offenders.” She further suggests, “if bullying does happen to you, try not to take it personally and don’t let one bad instance sour you against what you care about.”

Anti-harassment policies still matter because a) not all bullying occurs in the hospital setting, and b) it sends a message of zero tolerance. That leads into how hospitals can work to change the problem – it’s all about having strong leadership sending the right message. Leadership that sets the tone of zero tolerance can permeate a culture and truly create change. Ilana experienced this first-hand. “I knew of a first-year fellow physician who routinely talked down to interns. As complaints came in, the department chair pulled this person aside and basically said, ‘you have to fix this.’ There was zero tolerance for the way he behaved, so he changed.”

Ilana advises individuals “to always have an ally or two in medical leadership positions on your side. It's far easier to execute a message with the support of an insider who has the power to make things happen and the empathy to see why the message matters in the first place.”

There are many challenges we face during medical school, most of which are rewarding and lead to professional—as well as personal—growth, but bullying shouldn’t be one of them. It’s satisfying to see institutions and the medical community at large taking a stand by not just acknowledging the problem, but implementing solutions to work against it. By setting up better reporting processes, developing anti-harassment policies and identifying allies, we develop more effective and nurturing learning environments for medical students. When working in a system that treats others with respect, we can then feel free to make mistakes, stretch our abilities and become the qualified and empathetic physicians we strive to be.

Is The Attraction Mutual?  Match Day is a day for celebration after a grueling process of ...

These Haunted Hospitals Are Truly Creepy!

With Halloween creeping up, this edition is dedicated to the haunted hospitals of the world. We’ve ...

So, now you know our story is more than cheese and sausage (check out Hello, We Are AMBOSS). Our ...