How to Survive the Wards 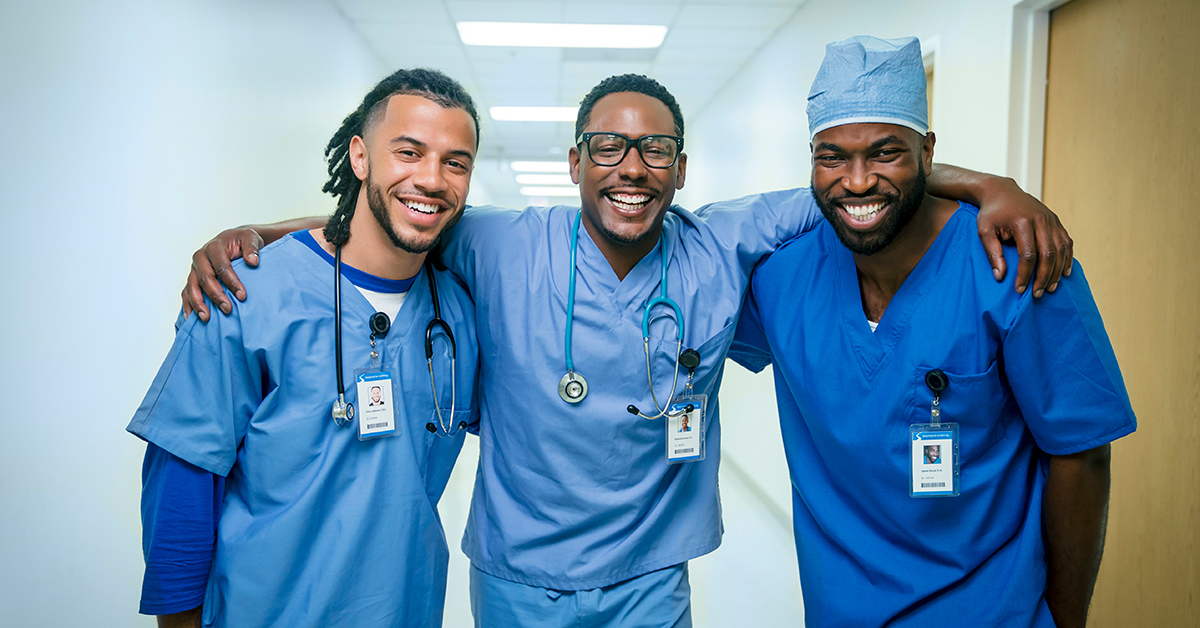 Student schedules tend to go into a tailspin by M3; there’s little time for anything else besides rotations, Shelf exams, and studying. But, with some patience and persistence, a balance can be struck between your med school priorities and free-time activities.

Take it from Joel of Rutgers-Robert Wood Johnson Medical School, who shares his experience of the wards and how to survive them. Check out Joel’s interview with AMBOSS below.

During my M3 year, my daily schedule was quite varied, depending on which clinical rotation I was on. Generally speaking, a typical day on the wards would start at about 6 AM with “pre-rounds,” which was my opportunity to check in on the two to four patients I was following. I would ask them how they were doing, do a physical exam, check their labs and other diagnostic studies from the previous 24 hours, and speak to the nurses.

As a medical student, it was my job to build an intimate rapport with the patients I was following, gather the relevant information, synthesize it and present it in an organized manner to a team of medical students, residents, and an attending physician during “rounds.” Rounds can be long and grueling, starting around 8 AM and lasting up until lunch, but it was an opportunity to think like a doctor and suggest management plans for my patients.

After lunch would usually consist of new consultations and studying. Afternoons on the wards are especially mixed; some are non-stop patient consultations and others offer plenty of free time to study and write patient notes. The day usually ended at around five, and, at that point, I would unwind by going to the gym and then studying for an hour or two.

How did your schedule change between M2 and M3?

M2 and M3 were completely different beasts. I found M2 to be a great deal of self-directed studying with much less responsibility to be at a certain place at a certain time. M3 year, on the other hand, was quite regimented, with days starting earlier and ending later. It was of utmost importance to show up and be punctual each and every day—I even made it a point to be early. I quickly learned that in order to be successful, I would have to learn how to manage my time effectively, which was not pressure I particularly felt during my M2 year.

How much free time did you have? What did you do in that free time?

I considered free time to be my time out of the hospital or office when I had no active responsibility to my patients or my team—which, during the week, I had very little of it. I really only had weekday nights and weekends to myself. It was very important to me to stay as well-balanced as I could throughout third year; so, when I wasn’t studying, it was my opportunity to go to the gym, hang out with family and friends, read or just catch up on sleep.

What were your tricks to balancing study time with clinical rotations?

It was all about time management. The most important tip I can give regarding studying during M3 is to start early. I began studying on day one of each of my rotations, and there were rarely days I didn’t find time to study for at least an hour or two. It can be very difficult to find the energy after a long day on the wards, but I made sure to engage in some form each and every weekday night (reading, going through questions, etc.). The bulk of my studying, however, was done on the weekends. Weekends were generally free time, and I used them to my advantage by carving out half a day on Saturday and half a day on Sunday to study. I also took advantage of the downtime that I would occasionally get in the afternoons on the wards.

Was it hard to keep up with your social life as an M3?

In my experience, it was tough. I can say for sure that my social life took a hit during my M3 year, though I fully expected it to happen, so it didn’t come as a surprise. I even tried my best to stay off social media to not become disheartened by all the fun I was missing. Like everything else during M3 year, I learned to manage my time and still maintain something that resembled a social life, taking advantage of the holidays and long weekends to see my friends and family.

What was it like encountering patients for the first time?

Encountering patients for the first time was daunting. I remember my nerves kicking in during my first patient encounter in my first rotation, which was Psychiatry. I was afraid they would judge me for having little experience and that I wouldn’t gain their trust. Maintaining confidence, professionalism, and empathy while trying to remember the right things to ask and which physical exam maneuvers to make was certainly anxiety-provoking. However, I became comfortable with this quite quickly, as I constantly reminded myself that we were two human beings interacting with one another. Nonetheless, my first few patient encounters are still clear in my mind to this day.

Was there anything you found to be easier than expected?

The patients I encountered were generally very pleasant and patient (pardon the pun). I had expected them to be more dismissive of a third-year medical student, but that wasn’t the case at all. The fact that the patients I interacted with were so pleasant and communicative really contributed to my positive experience.

Like everything else in life, you will get as much out of M3 year as you put into it. I loved my M3 year. I learned an incredible amount and experienced significant personal growth as a future physician. For me, it was crucial that I maintained balance throughout the year, and I think that helped prevent burnout and allowed me to stay passionate about what I was doing each day. I was also lucky to work with wonderful residents and attending physicians that placed importance on teaching. Many of the experiences I had during M3 year will likely stick with me forever, and I’m grateful to have had such a positive experience overall.

A Day In The Life Of A Med Student: Nephrology Rotation (MS4)

5 Tips To Survive And Thrive During Clinical Rotations

Clinical rotations are an exciting time. Finally, after countless hours in the classroom, you are ...

Honor Thy Shelf With These Surgery Rotation Tips