#AnatomyOfAResident: How to Prepare for Residency Interview Questions 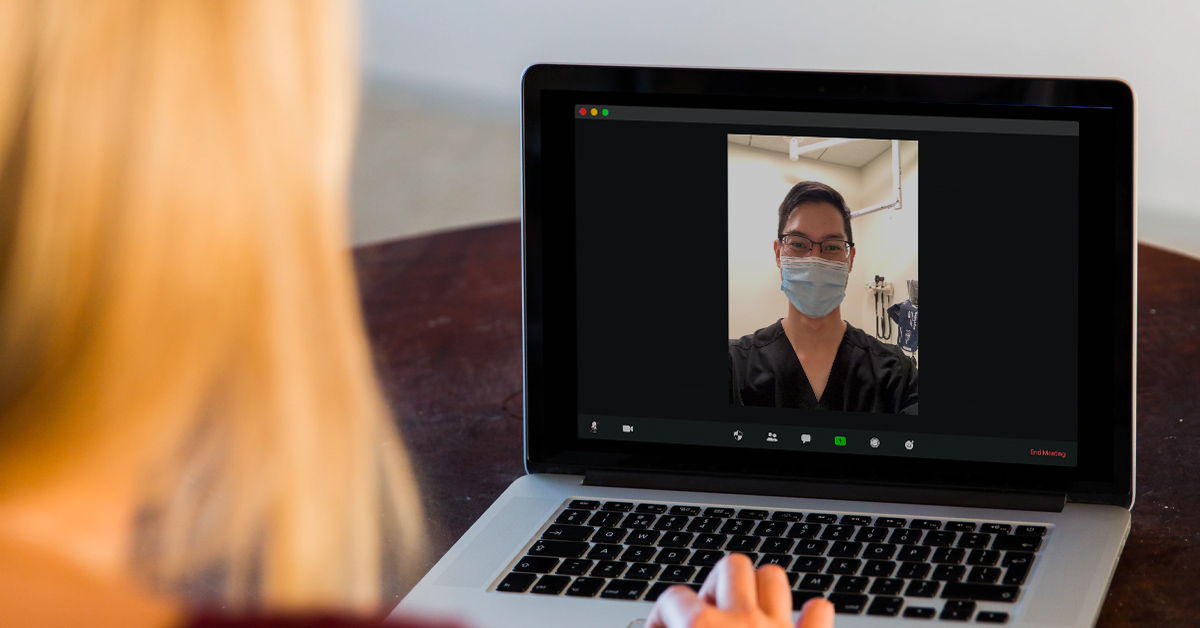 There are plenty of ways to shine during your residency interviews. Nowadays, its making sure you looked polished on video and that you’ve triple-checked your tech. It's also (and always) digging into yourself knowing how to tell the story of your journey from med student to future doctor. Tim Dang, PGY-3, Dermatology and AMBOSS contributor, gets to the heart of how to tell it with poise and authenticity.

What was the most challenging thing about approaching your residency interviews?

Residency interviews were challenging for a number of reasons for me. I think that a lot of applicants struggle with anxiety during this process. I had a lot of nervousness because I was applying to a relatively competitive specialty (dermatology), and I knew that my top choices were a select few academic institutions because of my professional interests. I’m interested in oncodermatology (dermatologic management of the cancer patient), which requires that I train at an institution with a robust cancer center that also has a strong dermatology department. I felt like I was putting all of my eggs into only a few baskets, which was really nerve-wracking. At baseline, I already get pretty nervous with interviews! No matter how welcoming an interviewer might seem, I can never shake the feeling that I am being judged. Several of the programs at which I interviewed also used a panel format, which contributed to that feeling.

Beyond this, I also struggled with feeling authentic. As a dermatology applicant, I had to go through both preliminary year interviews in addition to advanced program interviews, which is very fatiguing, especially with the frequent traveling. You meet so many new people, repeat the same rehearsed stories, and see too many hospitals and clinics. You want to be your best self at each encounter, but it gets tiring, especially to answer the same (sometimes emotionally-heavy) questions. It’s hard to sound genuine about “a time that you struggled in medicine” when you have told that story eight times already. In addition, there is the always-pervasive imposter syndrome. You know that others in the process are going through the same challenges, but you inevitably compare yourself—they seem so put together; why am I so nervous? Do I belong here? But truly, all you can do is your best for each day, as scary and tiring as it gets!

What are your interview prep “musts”?

I highly recommend preparing for your interviews in a way that allows you to be flexible with your responses. There are common questions that you will encounter throughout the process (e.g., why are you interested in this specialty, where do you see yourself in ten years, what makes our program a good fit for you, what is an accomplishment you are proud of, what do you wish you could have changed about your time in medical school). A lot of the questions you will be asked will be answered in the form of stories you tell about your experiences and what you learned from them. I think it is incredibly valuable to have a core set of stories that fit multiple scenarios—a story about a “time you disagreed with the decisions of a teammate” might also fit a question about “what kind of person you would want as a coresident.” Keep things flexible, and learn to deploy the same story in response to different prompts. Just make sure you don’t get repetitive with the same interviewer or at the same institution!

In addition, I think that one of the strongest ways you can set yourself up for success is to have concrete, specific, and memorable reasons for your interest in each program at which you are interviewing. This might involve revealing a geographic tie to the city, a specific clinician with whom you want to work, or a specific aspect of the program (e.g., research, specialty clinics) that draws you in. It’s not enough to say that you “could see yourself on this coast” and “have an interest in academic medicine”—the more specific you are, the better prepared you will sound, and you will be more likely to be a memorable and compelling candidate. I made it a priority to look deeply into what information I could find online for each program and did my best to reach out to people who could give me a perspective on what it would be like to be a resident there. As a bonus, you also get to say something like, “I was able to reach out to a friend of a friend here, and they told me about some really exciting parts of this program.” You did your research, which shows that you care!

What are your top interview-stage tips?

Try and go with the natural flow of the interview. You will want to talk about the specific stories that you prepared, but if they don’t feel optimal for a prompt that you have been given, that’s okay! Hopefully, you will be able to treat the interview more like a conversation rather than an opportunity to list out the reasons why you would be a good resident at their program. A good interview shouldn’t feel like you have walked step-by-step through your resume.

I like to frame answers in a “past, present, future” format. I want to describe experiences that I had in the past, how I reflect on them now, and how I use them to inform the physician I want to be in the future. Programs are selecting you for the physician that you will become. Your experience will give them a window into that, but how you have grown from your experiences will show them why you will excel in their program.

Another tip that I like to keep in mind is to think about the “next step” of a question. Oftentimes, interviewers will ask a question without explicitly asking its natural second part. “Tell me about a challenge you had during clerkships.” The “next step” of this question should include how you addressed that challenge—and beyond that, you could also discuss what you wish you had done differently, the skills you developed from navigating through that challenge, and how you have applied them in other scenarios. Sometimes, thinking about the “next step” of a question will allow you to steer the conversation in the direction you want.

What question were you hoping they would ask (but never did)?

I wish that every program had an interview that ended with, “You’ve shared a lot with us today. Is there anything else that you would like an opportunity to tell us about?” At the end of every interview, you will have hopefully communicated the type of person you are and why you think you are a good fit for their program, but you will likely not have been able to tell every (well-crafted!) story you had prepared. It was really unsatisfying to feel like I just didn’t have the right opportunity to share something stellar or to round out a topic where I felt weak.

At one interview, I was asked this question and felt like it was a perfect opportunity to address something that I thought was in the interviewer’s mind that was never brought up. I responded that I wanted to talk about one of the weaker parts of my application—my lack of publications. I took the time to talk about a project that I worked on, why publication was ultimately not a goal that we were able to prioritize, and what we yielded out of our efforts instead of a publication. I felt that this allowed me to talk about something I was proud of and simultaneously address a potential weak spot in my application.

I think that it’s beneficial to be reflective during the interview process about which parts of you that you have showcased and which parts you have not. Then, you can potentially direct your answers in a way that addresses any deficiencies.

If you could change anything about your residency interview process, what would it be?

I was really surprised about how fatigued I became after even just a few interviews. I wish I had mentally prepared myself for this, but even in retrospect, I’m not entirely sure how I would have addressed it.

I ended up doing more preliminary year interviews than I initially thought I would do. Looking back, there were some programs for which I didn’t actually have a strong interest, but I interviewed anyway just because I was able to coordinate them in conjunction with other travels or because I was local. Everyone’s situation is different, and it’s so hard to assess whether it’s the right call to decline an interview—but I wish I had done this, and I think it would have given me some important time to rest and prioritize interviews that I truly cared about. Plus, it would have given those interview spots to other applicants! I don’t regret applying very broadly for preliminary year programs, but I wish I had been more judicious and comfortable with declining interviews.

In contrast, I received fewer advanced program interviews than I thought I would get. In fact, I didn’t get interview offers from a majority of the schools in my top seven. This gave me some notable anxiety during the interview process. I’m not sure what would have fixed this—I suspect that nothing during the interview process itself would have made a tremendous difference, but I do wish I had sent more tailored personal statements to programs that would have highlighted my specific interest.

Is there anything else about residency interviews that you want to share with our readers?

As you prepare for the interview season, you are going to read and hear about a lot of advice from a lot of different people. Some of this advice may work for you, and some of it may not. You will hear people giving advice that directly contradicts someone else’s advice. Take it all with a grain of salt. Keep an open mind, and learn to listen to what resonates most with you and your style. Don’t be too hard on yourself. You will have good days and bad days. You will have many successes. You will have some regrets. You will perseverate more on those regrets.

You will have to explain to people who are not from medical backgrounds what the medical residency process is like. It will not make sense to them. It will not make sense to you. You will be disillusioned at times. You will feel like you have little agency because an algorithm will decide where you will live and grow and train for the next three years, six years, or forever. You will love seeing old friends on the interview trail. You will hate being asked to “tell me about yourself” for the twelfth time. I hope that you will eventually take some comfort in knowing that you gave it your best. It’s a wild ride—you’ll do great.

Check out the AMBOSS Transition to Residency Guide to get inside tips & tricks on making the switch from student to doctor.

We get it - you can’t wait until we unveil the launch of full Step I prep material early next year. ...

How to Prepare for the USMLE® Step 1

How to Use AMBOSS During Step 1 Dedicated

Studying for the USMLE® Step 1 exam usually culminates in a set period of time when test-takers can ...